The topic for next year €2 commemorative coin from San Marino will be the 500th Anniversary since the death of Sandro Boticelli. The coin will be out in September 2010 with mintage quantities being similar to those of this year! The issuance of the €2 Commemorative Coin from Italy is delayed. Probably, it will be out in the first week of next year. Sources say that the delay is due to a missing signature from the Minsiter of Finance. Next year will be a busy year for the €2 Commemorative Coins (CC) collectors. Several countries have already annonced that they plan an issue and so far four of these country have already published the designs. two-euro.com just lunched a new website about the 2 euro coins - i suggest you to visit it
http://www.two-euro.com

Get the German €2 commemorative coins 2010 for face value!
more here This year San Marino, like last year will release another proof set of the standard coins. The set will contain all the 8 coins. The set is expected to be out in October and the mintage quantity is set to be 13,000

Belgium 2009 - change in the mint master

The just released €2 commemorative coin that depicts Louis Braille has a new mint mark showing a pen instead of the balance - this is due to change in the mint master. The new mint master is Serge Lesens.

Slovak Koruna and the Euro The central bank of Cyprus just launched an online shop - this make it easier for euro collectors to buy Cypriot numismatic items online!

the shop is located here

The central bank of Estonia published a report which says "Estonia is likely to meet the Maastricht criteria at the end of this year, and thus be able to adopt the euro in 2011". Estonia already meets all the criteria but one, price stability.

Thus, Estonia will become the 17th European Union state to adopt the euro. It is yet unclear if there will be other countries to join the euro in 2011.

Lot of you are asking me if it is true that Malta will release another €2 Commemorative coin later on this year. Just for clarification, so far there are no official releases about a possible second issue but only rumours!

This is a list of the rumours so far

1) Topic – 200th Birthday of Louis Braille then changed to 45th Anniversary of Independence or Constitution of Malta.

San Marino will start to deliver soon the blister packs to all those collectors who have ordered this coin!! 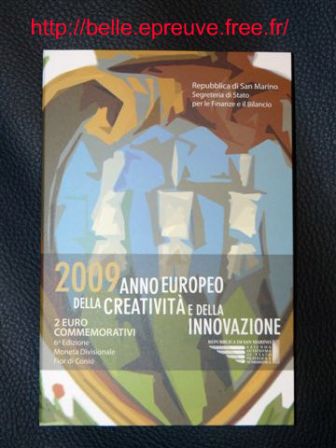 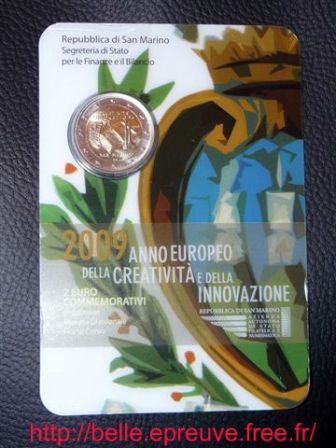 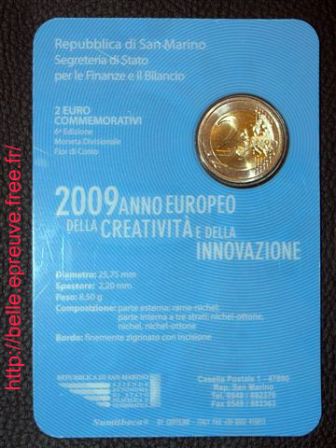 The coin is expected to the out in January 2010 and the mintage volume is said to be 500,000 copies. The coins will be minted at the Dutch Mint in Utrecht.

more about this… Continue Slovakia had held a competition to choose the design - the following are the designs which came 1st, 2nd and 3rd respectively! Only the winner design (1st) will be issued!