This will be the 2 euro commemorative coin for Germany 2013

The coins distributor bank of Slovenia today just re-confirmed that the Slovenia 2 euro commemorative coin 2011 will be issued next Monday - March 21st. 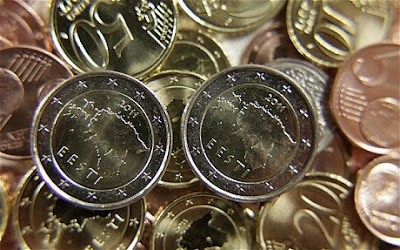 According to the forum numisforum.eu Estonia had minted the following volumes;

Slovenia next year like in the previous years will issue a 2 euro commemorative coin and collectors coins (€3, €30 and €100). Next year all the eurozone countries will issue a common 2 euro commemorative coin and it is custom for Slovenia that when a common 2 euro is issued they don't issue another independent one. This will be the same next year -…

In the link below find access to a complete list of all the €2 Commemorative Coins issued so far, forthcoming issues are also listed. The list can be easily downloaded in PDF format.

Cyprus so far has issued 2 BU sets. The first one dated 2008 and was issued for the euro changeover and the last one in 2009- both sets were minted by the mint of Finland. No coins were issued in 2010. Yesterday, the website numisforum.eu reported that Cyprus this year will issue 2 BU sets one dated 2010 and the other one 2011 - both to be minted by the Hellenic… Finland in the past years based its 2 euro commemorative design from a collectors coin design with the same theme. This year Finland will dedicate its 2 euro coin to the 200 anniversary since the foundation of the bank of Finland. The coin competition for the… The issuance date of the Belgian 2 euro coin dedicated to the Women's day which is celebrated today has been postponed. According to the website zwei-euro.com the coin will be issued in May - the reason why the coin issuance date has been moved forward is that Belgium currently has no government and the coin has not been published in the official journal of… Continue

Four million two-Euro coins have been produced bearing an image created by a Northumbria University student.

Italy 2011 €2 Commemorative Coin: The 150th anniversary of the unification of Italy The inner part of the coin shows, at the centre, three Italian flags in the wind, representing the three past 50th
anniversaires - 1911, 1961 and 2011 - which illustrate a perfect link between generations: this is the logo of the 150th anniversary of the unification of Italy.

Iceland on the Road to join the European Union

Iceland has been hit heavily by the economic crisis. To prevent similar scenarios in the future the Icelandic parliament decided to apply to join the European Union and thus adopting the euro. Iceland is currently negotiating with the Union - when the negotiations are over, it…

Congratulations to Ricardo Gomes he is the winner of the Greek BU Set 2009 as he was the member who referred our website to most people. The year 2011 is set to be record year for the issuance of independent €2 commemorative coins. All but 4 of the eurozone countries will issue a 2 euro coin. Only Ireland, Austria, Cyprus and Estonia won't issue one. Like every year San Marino and Vatican will issue a coin and there are rumors that Monaco will issue its second 2 euro commemorative coin this…

Denmark is considering holding a referendum about joining the euro and this may as soon as this June. Denmark together with the United Kingdom are the only 2 countries in the European Union that have an opt out from joining the euro. Denmark held a referendum in 2000 about the same topic however it was rejected. If this time the people of Denmark vote yes, Denmark can start using the euro from 2013 - Denmark… 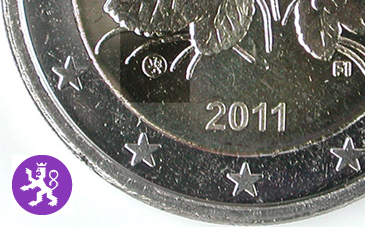 The Finland's Mint has changed it's logo, and the new one will be on the eight 2011 denominations. The above image shows the new mint mark on a 2 euro coins dated 2011. The center of the coin shows the emblem of the Games, a radiant sun the source of life that underlines the excellence and power of the athlete that takes part in the Games. Excellence is depicted in the olive branch and power in the spiral form in the center of the sun. Around… Slovenia will mark the following events in 2011 by issuing commemorative coins:
-       100TH ANNIVERSARY OF THE BIRTH OF THE NATIONAL HERO FRANC ROZMAN – STANE (commemorative €2…
Continue