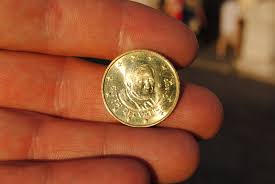 The Microstates (Vatican, San Marino and Monaco) put a small amount of their euro coins in circulation. Have you ever found one?

If yes where and when?

Also a swap parner told me his brother found 50 Cent Vatican 2017 and 50 Cent Monaco 2001 last year in a City in western Germany.

That is quite a good harvest :)